The Masurao is a prototype customized MS, built for high-speed melee combat. Before it was completed, the unit was built after the designs of the GNX-603T GN-X and the GNX-704T/AC Ahead Sakigake series; its arms and legs were larger and bulkier, suggesting a less maneuverable MS built more for power than speed. After Billy Katagiri and his team of engineers took over the project, Masurao went through an overhaul to match the fighting capabilities Mr. Bushido requested; a unit with great speed and excellent melee combat capabilities to compliment its blade. (content taken from gundam wiki)
WIP start (June 2, 2012)
Before anything else, let me tell you guys that I am a huuuuuuge fan of Graham Aker's suits. From the Union Flag down to the Commander Brave, I love 'em all! So expect to a lot (if not all of the kits) here. 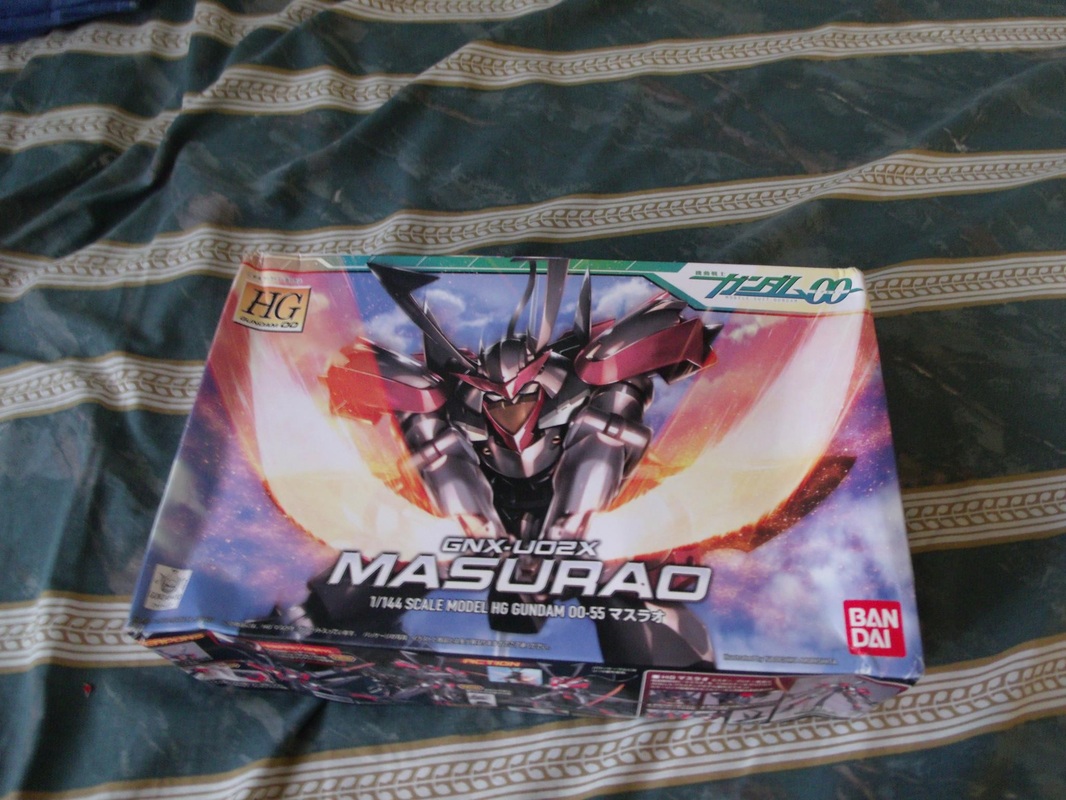 So I took a break from building the MG Freedom with my all time favorite kit from Gundam 00! The Masurao!

I know it's not good to keep a long backlog of unbuilt kits but the temptation is too strong in this one... Forgive me -___-

Anyways, this will be a snap build at first since I just want to play around with it and shoot some pictures with some action poses. I'll think about painting it after I finish with other kits.

So without further ado, let's start! 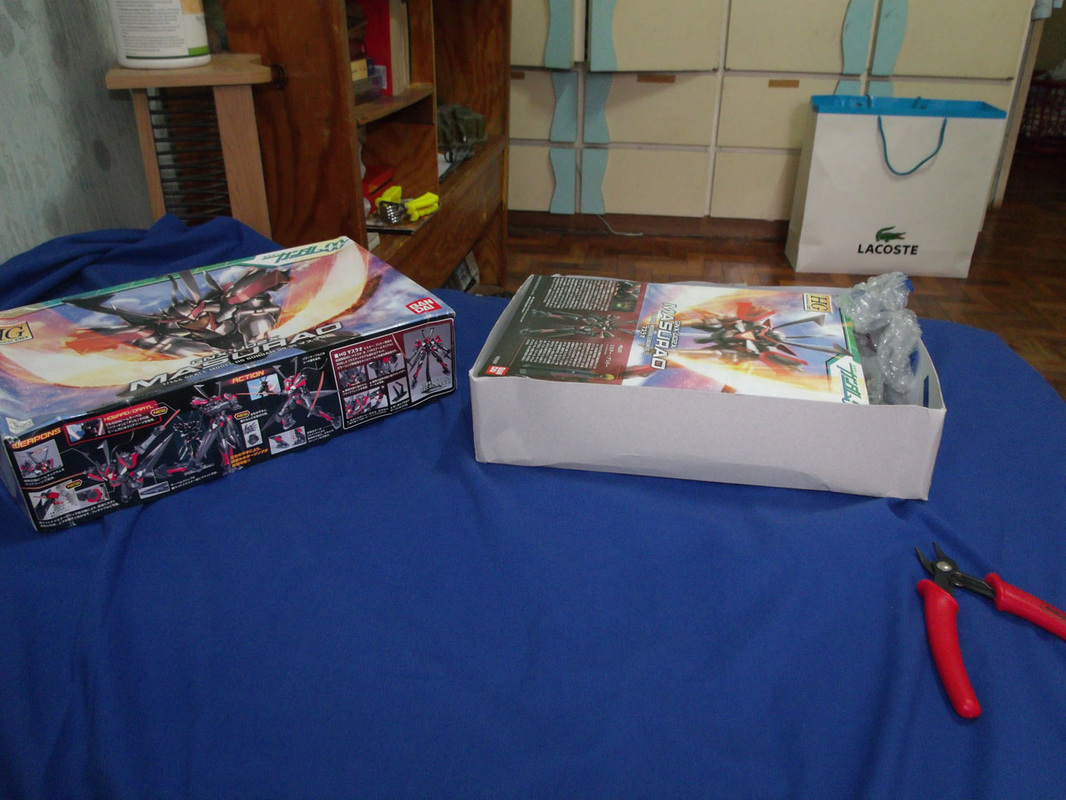 So that's the setup. I had to go to a local hardware store to get me a new pair of side cutters since I lost (again!) my recently bought pair. And I just bought the previous one like two weeks ago.. sheesh.. 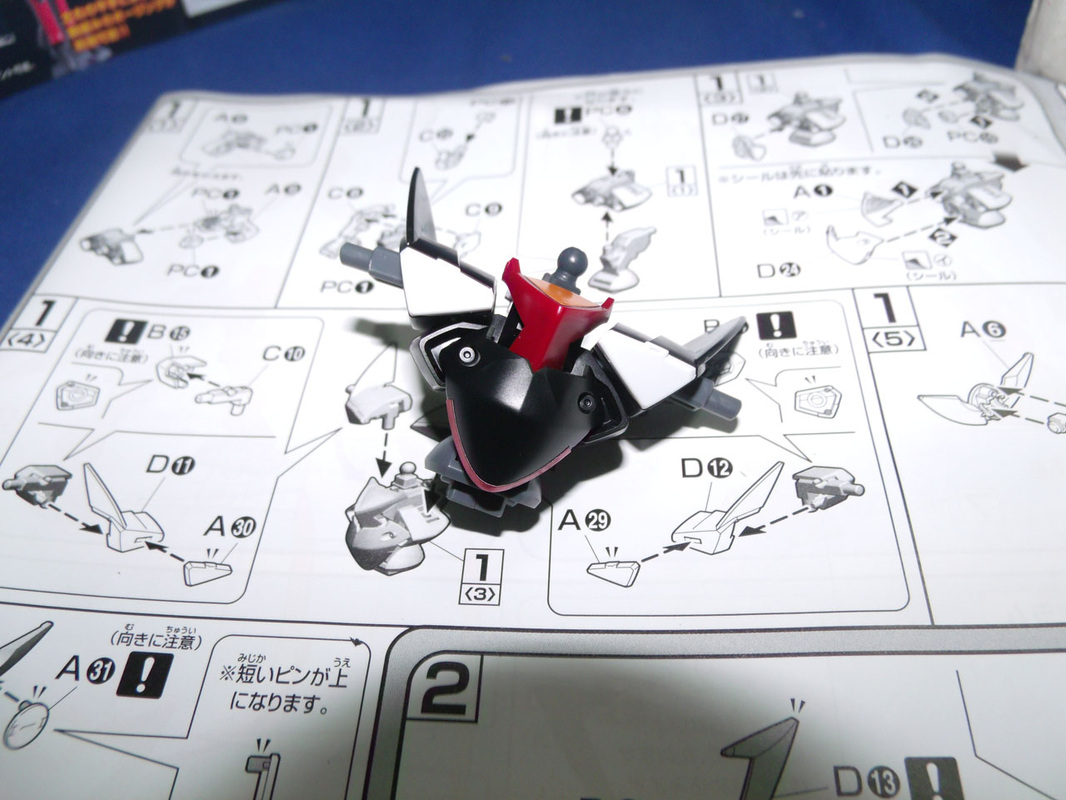 First impressions on the kit was I really like the color mixing. Black really went well with the subtle red, white, and other colors. 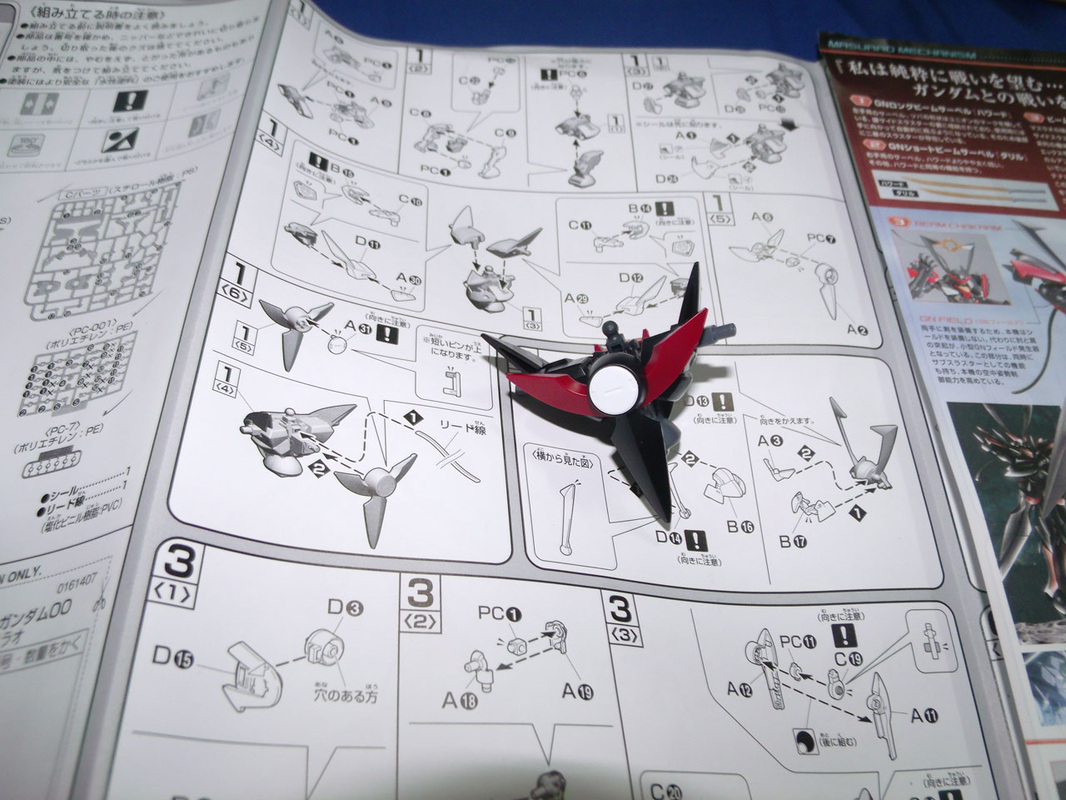 Here's a picture of the back part which I think holds the Masurao's GN Tau Drive.

Little side story here. I thought Bandai did not include the wire thing which looks like a cable that attaches to the Masurao's back. I went berserko and searched reviews, pics, and Youtube videos to see if they had a cable and they did! So I retraced my steps and only to find out that I threw the cable along with the plastics in the trash bin. Thank God it's still there XD

Long story short, I got the cable XD 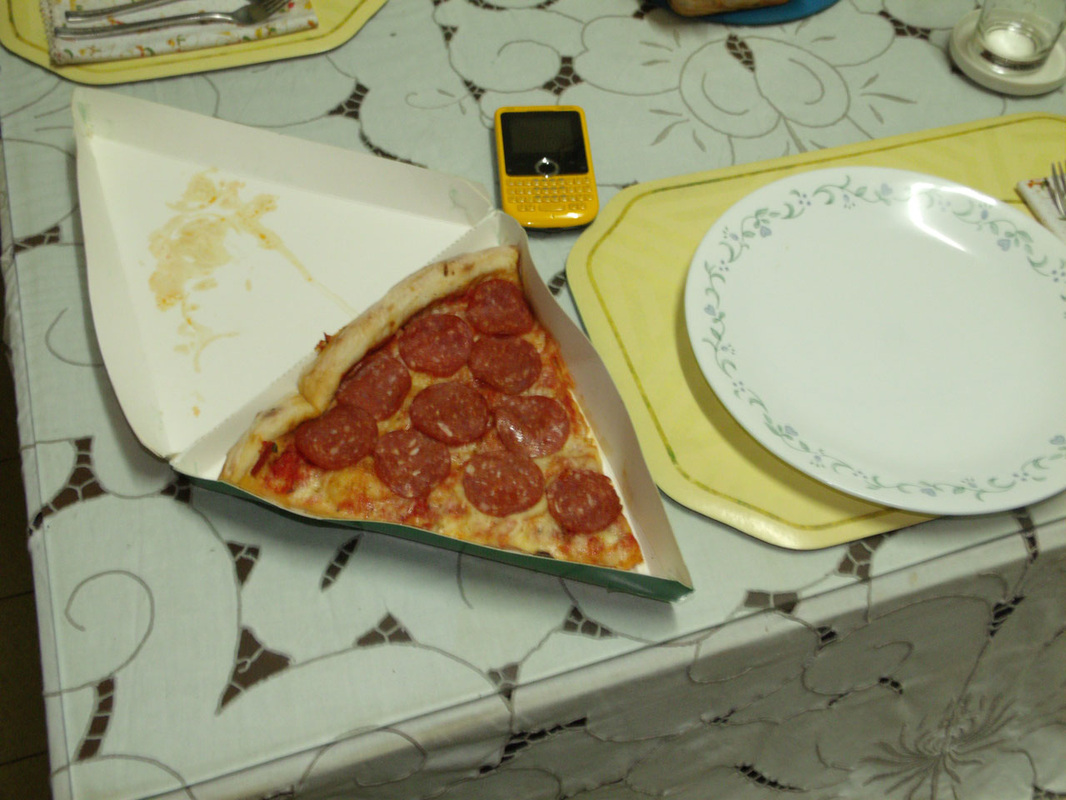 This isn't really part of the WIP but a new Sbarro pizza place opened up and I couldn't resist! Just took a small break from building the kit :p 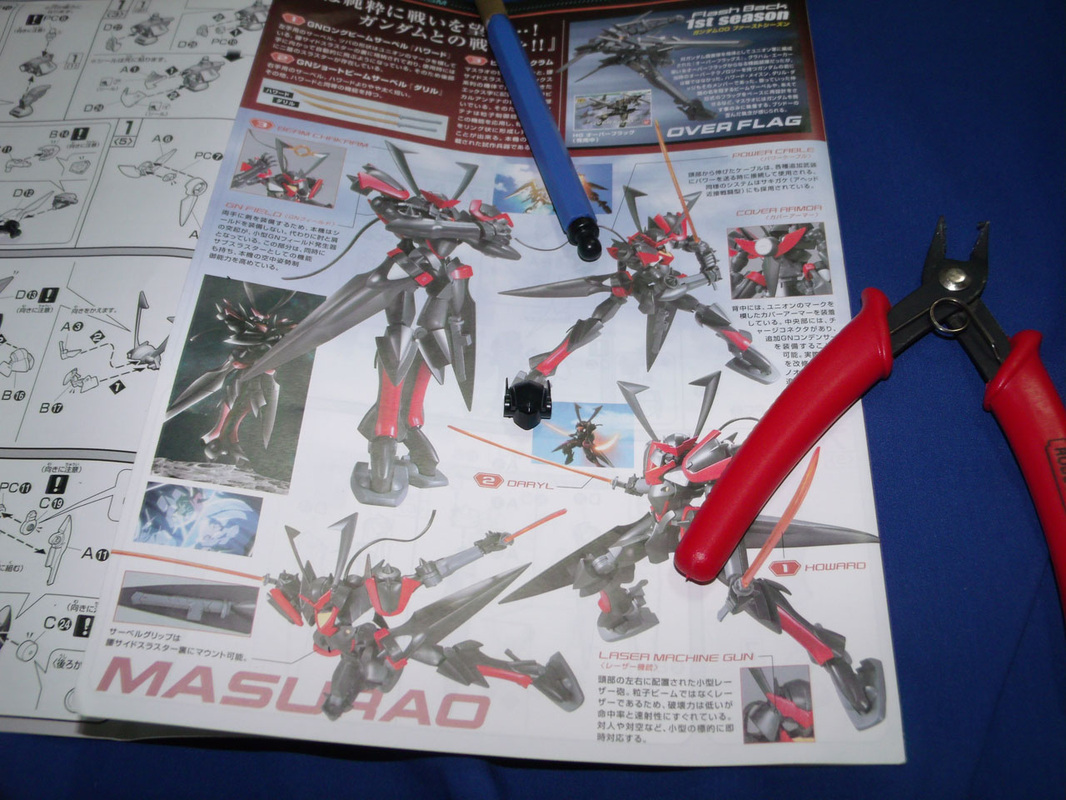 If you can see it, that's a flag head! Gotta love Graham's commitment to Flags. 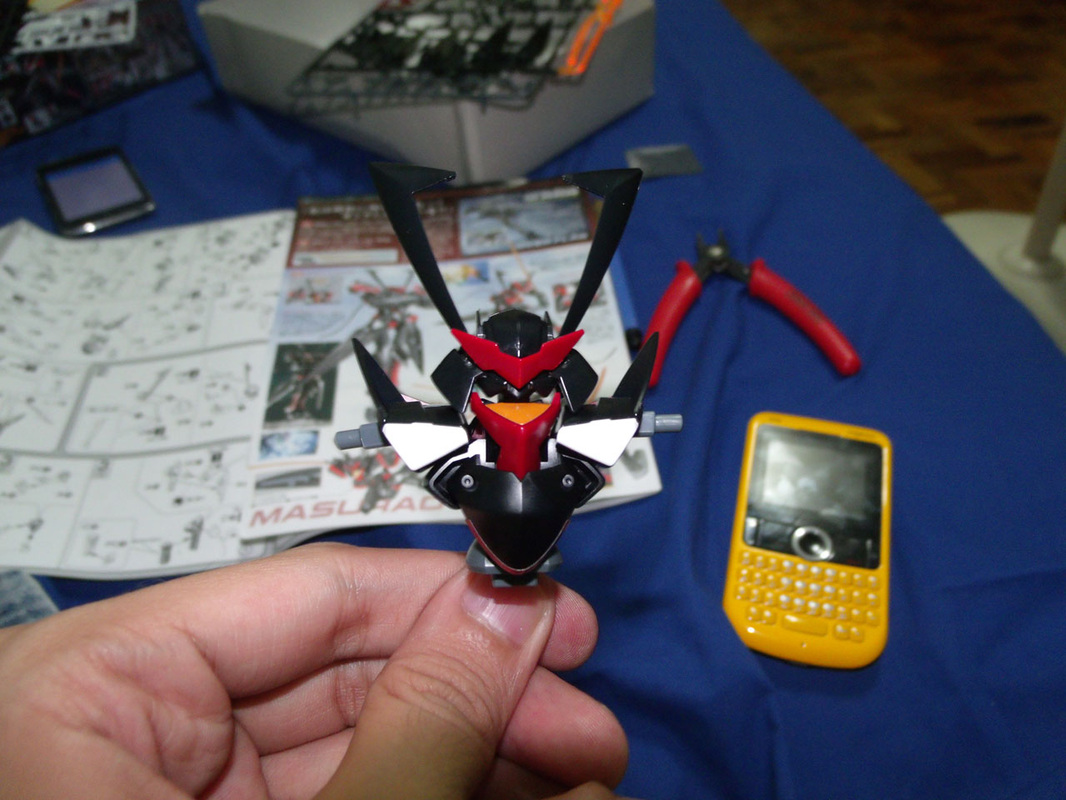 Before I finish up the night, here's what I've accomplished so far. Dang the MS design is bad-a** !! Kudos to the guy who designed the Masurao. I just wished it had more screen time in the series.

I started with the arms and hands today. As kind of expected as what has been said by some modelers, the hands kind of easily fall off. But I'm not too nit-picky about this because: (1) The MS is just too cool for me, and (2) It's an HG kit. I know there are a lot more HG kits out there that has more stable joints but sue me; I just love them Graham Aker mobile suits :p 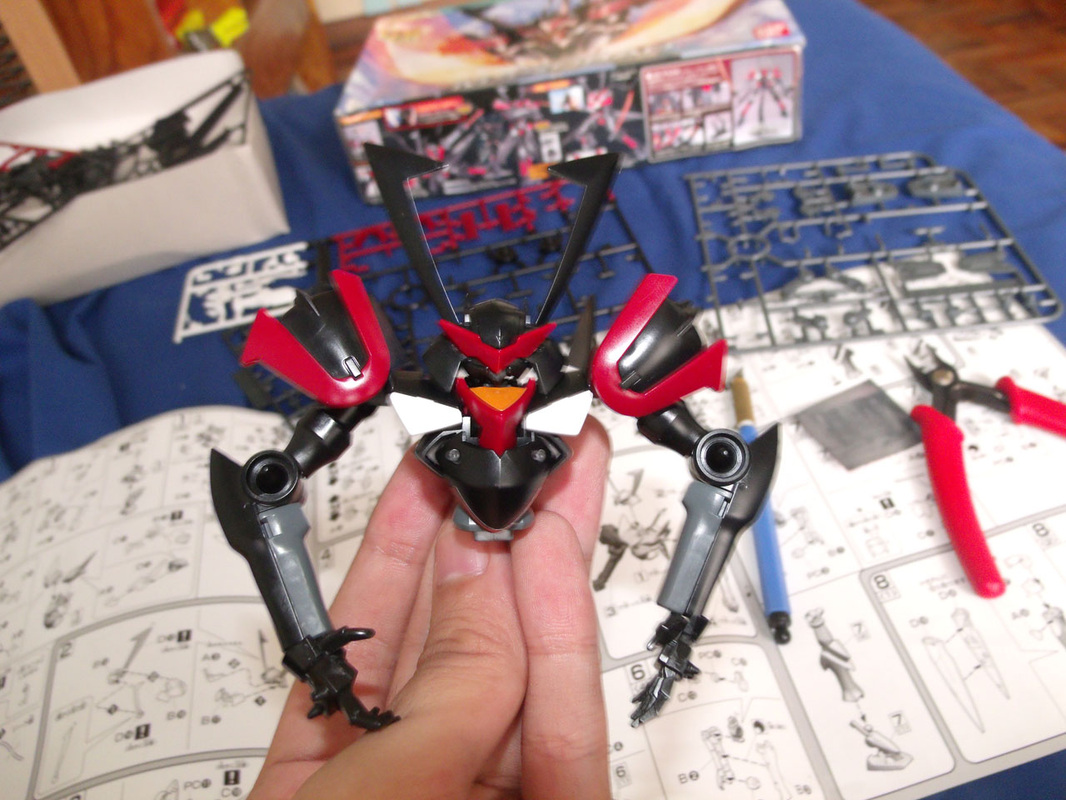 Next up is the legs. Jeez if there is one thing that activates me procrastinating from doing gunpla it would have to be the legs...There are just so many parts (unlike the arms) and you have to do the same parts twice; just on different sides. But anyway, I got to finishing them but it took me a while since I paused a lot and just browsed the net for no apparent reason :p 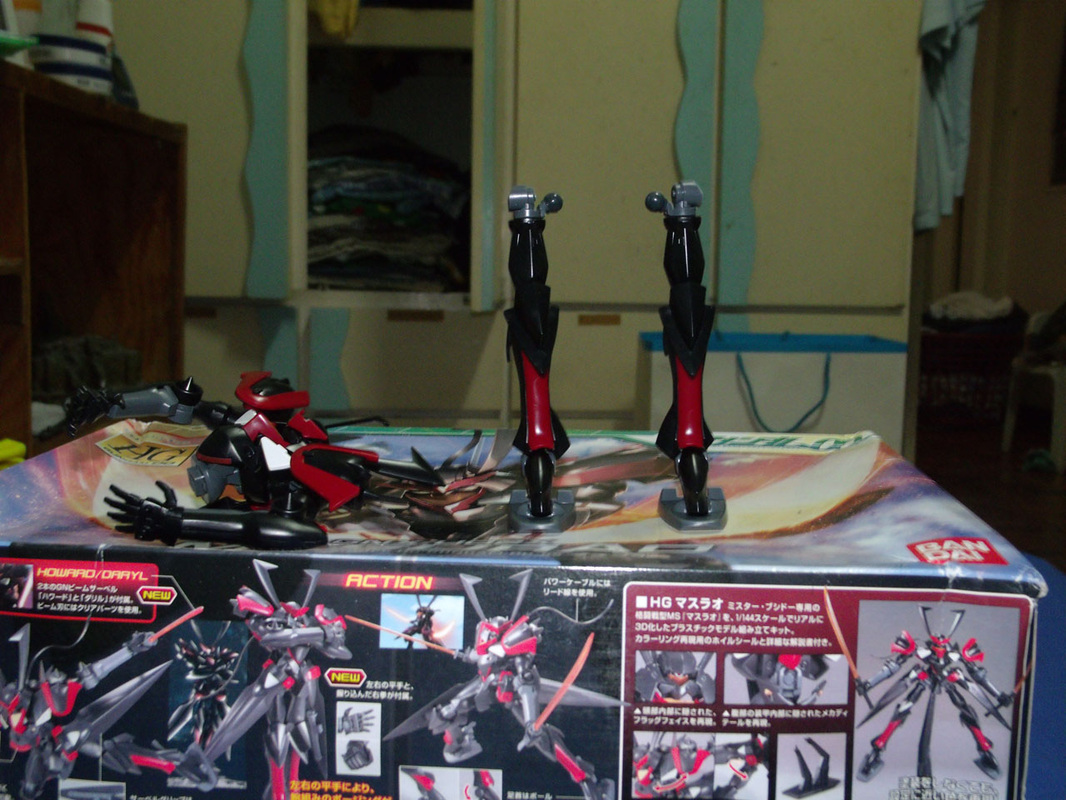 At first glance at the legs I knew this was gonna be a tall HG kit. I mean just look at those long legs!

After the legs came the waist and viola! It is 95% done! (snap building it anyway) 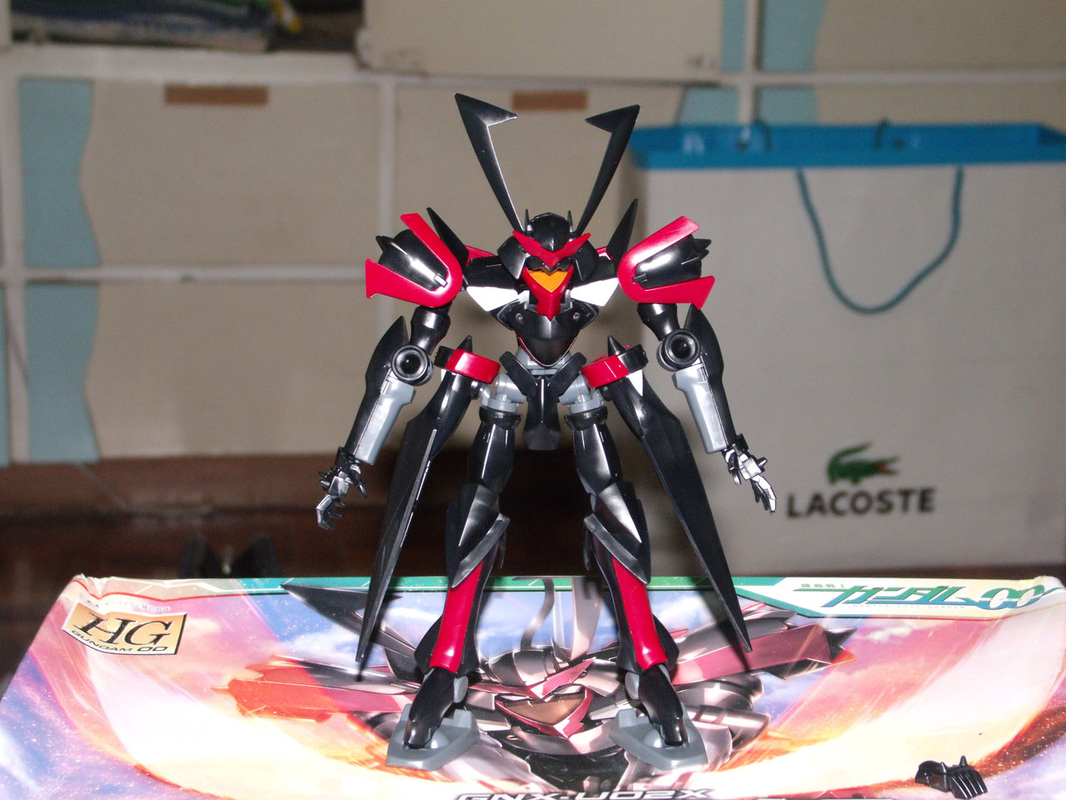 Just look at that sexy beast!

As expected, it is quite tall for an HG kit. Also, many modelers said that the legs come off at the slightest movement. Mine, however, was OK. Well, for me anyways. It's not your tight MG leg joint but it'll do for me. 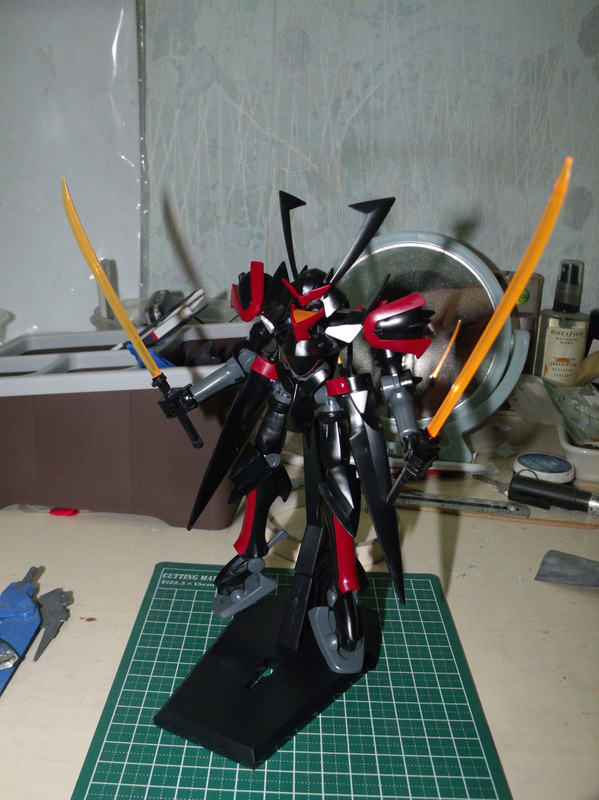 I really enjoyed making this kit not just because I really love the Masurao as an MS but it made me bring back the active juices of gunpla-ing. It's around 10pm our time when I finished this so I'll take a break from posing this until tomorrow. I'll just leave it tonight with it waiting for the 00-raiser to come XD

Until next update!
Powered by